The first day after...

What has it been like?
A lot of different feelings...
For starters, I slept in.  All the way to 8am. Felt good
Then I tried to get out of bed.  My body was creaky and sore.  Small of the back hurts.  The right leg does not feel good at all.
I have talked to some other pilgrims, and they say that your body lets down after such an effort.  I feel worse today than I did on any day of the ride.
I took my daily dose of two Aleve in late morning, instead of at the end of a long hard day of cycling. It helped a little bit.
Then I went to the Public Market where they have 100's of individual stalls selling everything from meat, chicken, veggies, bread, cheese, and fish. My interest was in the food from the sea.  Galicia is known in Spain for having the best seafood.
In particular I was looking for some local delicacies. Cockles, which also is the symbol of the El Camino. Barnacles or Percebes, which are so expensive that many restaurants won't serve them. Octopus or Pulpo in Spanish which is terrific when tenderized, boiled and grilled.
The other local dish which I have fallen in love with is grilled Pimientos de Padron. They have their own brand which is not hellishly hot.
After the market, I headed for the Cathedral. More about that in the next blog. 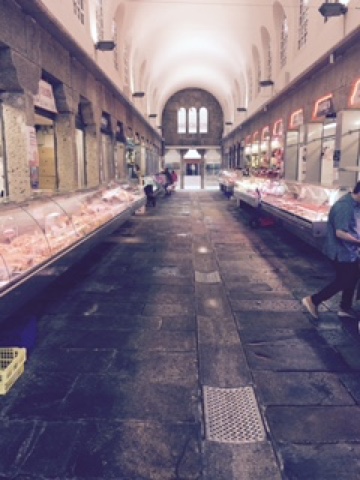 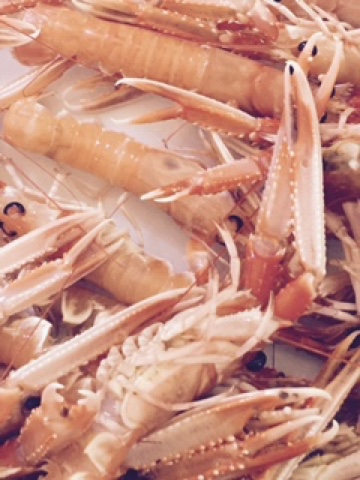 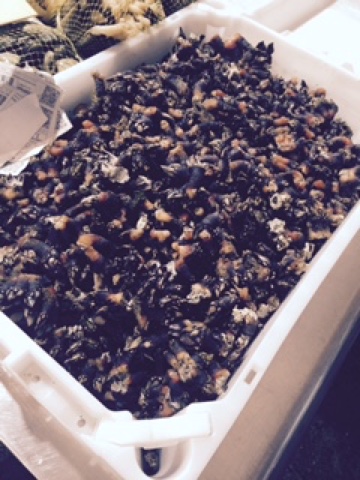