The Spanish tradition of siestas

To Americans the Spanish tradition of daily siestas doesn't make much sense.
Some think that it is crazy because it essentially doubles the number of rush hours each day. That would be hell!
Others think that it is just a reflection of the "mañana" approach to work.  To some, siestas are a surrogate for not working very hard.
Maybe we are missing something?  Is that possible?
You bet!
A definition to start with.  A siesta is typically from 2-5 pm which includes the big meal of the day, and hopefully done at home as a family affair.  Followed by a 30 minute or so nap.
The pluses are many.  Research has shown a 37% drop in coronary deaths as the result of a nap in mid day. Sleep doctors are big fans of naps. It is natural to want a nap after lunch.
This is also the time of day that research shows when workers are least productive because of the after lunch blahs and drowsiness.
But the other big positive, which I have seen so much during my time in Spain, is what happens when work is over at 7 or 8 pm.  The people have energy at that time.  They are not fleeing to their abodes to lay on the couch after a big dinner and watch TV.  No, they are ready to socialize, to get some small eats (I.e., tapas), and walk.  All of this translates into very lively cities and small towns. They come alive between 8 - 11 or so.
Below are some pictures of the number of people that are walking, eating, and socializing in the evenings in Spain. 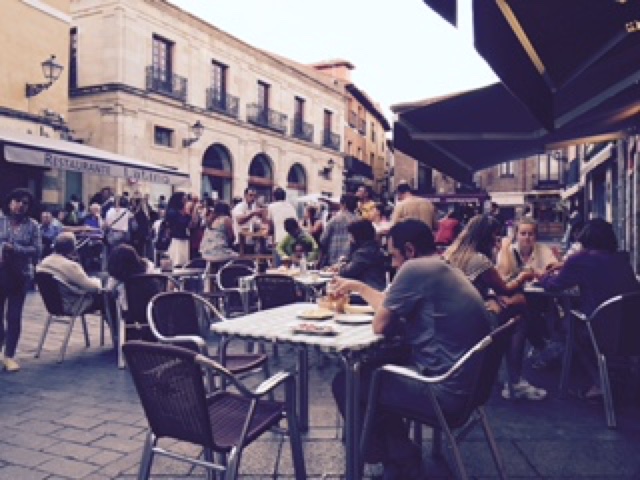 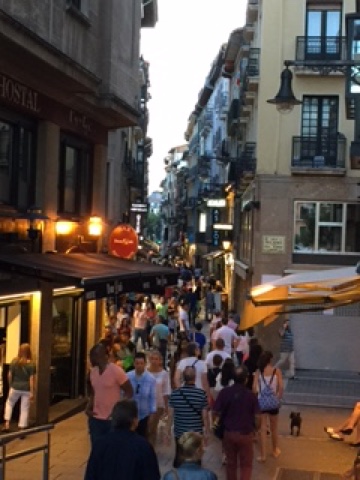 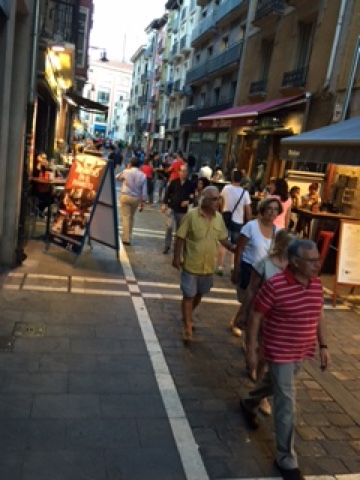 Posted by Neil's Travel Blogs at 8:45 AM